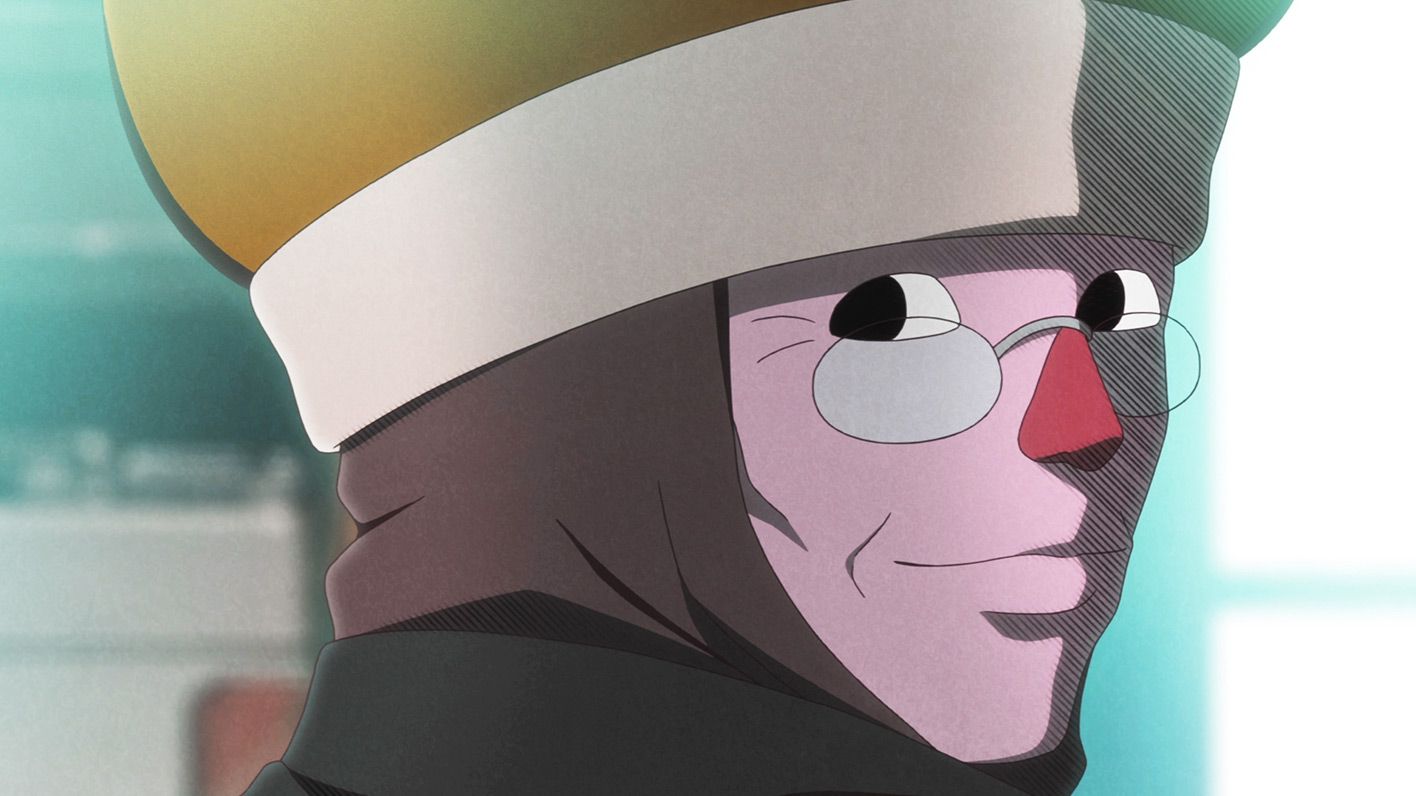 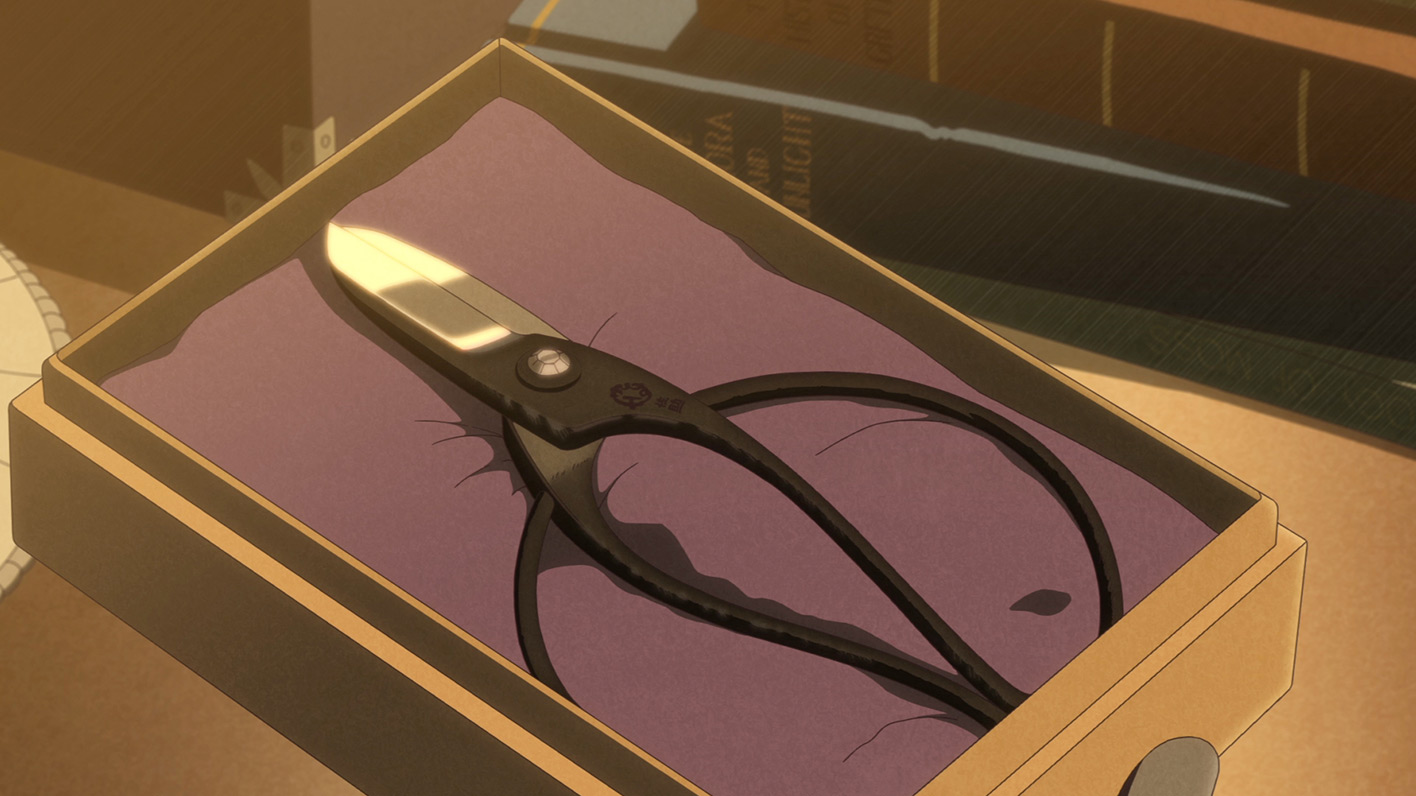 In a city of a parallel world. A boy finds a pair of broken scissors from his father’s belongings after he passed away.
And a boy’s mother tells him that his father had been a gardener in the past.
Then he figures out the scissors were made by Sasuke, who is an artisan living in a foreign country.
The boy travels all the way to a place where Sasuke lives in order to get his scissors fixed.

Hi, I’m Naoki Matsuura. Thank you for your visiting our website of “Hizukuri”.
This is my original short animated film which I’m developing as my individual animation project.
The story is inspired by the encounter of “Sasuke-san”, who is real scissor artisan.
The encounter of Sasuke-san is my personal and real thing to me; however, I used a parallel
world for this story in order to express the memories between “Scissors and myself” more clearly.

In March 2006, I graduated from Imaging Arts and Science of Musashino Art University.
Then, I worked in some production companies including animation companies.
After that, I started working as freelance and I mainly work for clients as well as developing my personal projects.

The background world of this film shares the one in the short animated film which I had created as my thesis,
called “Hitoshizuku”. The theme and subject of these 2 films are different, but this time,
I would like to pursue expressivity of animation that I couldn’t reach enough in my thesis due to lack of my skills.
That is to say; this film is my personal revenge against my thesis.

Also, I decided to gather production fee amongst individual investors via crowdfunding as many as possible,
not only finishing this film as my personal film.

The crowdfunding website is connected to this website and you always can take a look at it through this website.
With your support, I definitely would like to create an amazing film which satisfies people.
Thank you for your support of my project.

“All the forms will break in the course of time.” This is very common thing to most of us and nobody cares
about the importance. We use the term “disposable” in our daily basis.
Disposable things can be made at lower cost and purchased easily,
so we always can toss them away as garbage without any intention… In an aspect of people’s value,
it’s reasonable without doubt and I myself receive the benefits of the reasonability,
thus I have no intention to blame for it. But, there’s one thing I’m concerned is;
“involvement to things” can be big influence to “attitude of our minds”.

Please imagine if you always use disposable things that can be broken easily,
would it more likely be for us to treat people with little respect and hurt people without thinking about others?

I’m not saying this thing doesn’t have to be with myself. I might hurt someone whilst I don’t notice and I admit it.

On the verge of touching Sasuke-san’s scissors, I felt unknown feelings and,
at the same time I had warm and encompassing feelings from the scissors like “That’s what it is as expected”.
His skills and scissors are not just a pair of scissors made by one artisan,
but these are the embodiment of one “thought”, which many artisans reached through
their constant striving across many generations.


Then, a question “What’s going to happen to an animation in the future?”
popped up in my mind when I reviewed my daily life and works.

At the same time, I have kept having a self-question for several years -
“My works invoke the feeling I had when I touched the scissors to people?”.
After my encounter of Sasuke-san for 5 years, I’m determined to take a step ahead to make this animated film this time.


Sasuke-san always makes scissors one by one with thinking about people who use his scissors
by taking lots of time. His attitude toward to his work is very quiet but vivid at the same time and
when I see his working style, one idea came up in my mind - “If I eventually can depict the way a
person lives like Sasuke-san in my animated film, I might be able to find a meaning of making animated films later on”.
When I visited his place to talk about my intention of the work to him, he said he’s pleased to accept it
and I really appreciate his association to this project.


Surprisingly, it’s been 150 years in 2017 since the factory started and I felt unknown power from the coincidence.
I set the wrap of this animation production project as 2018 spring. After completion,
I would like to release it on theatres in order that people can watch. I might sound like a big mouth but the goal
I have set in this project is “to do my job that will last 150 years later”. If I speak in more exaggerate way,
I’m wishing animation will still be one of the entertainment things amongst people in 150 years later.
I will definitely keep working hard until the end of this project and I really appreciate your support.